Benjamin Skepper: ‘I’ve played in palaces, the Hermitage and in a squat’

A performer since he was three, Benjamin Skepper, 36, left Australia in 2007. He plays the cello and harpsichord in avant-garde musical performances around the globe.

Growing up in Melbourne, you were a child prodigy. Who drove that: you or your parents?

Early on, my parents. I started doing piano lessons before the age of two, ballet at seven, harpsichord at eight and cello at 11. That discipline is really important. My first performance on piano was at three, and I performed a Mozart piano concerto with an orchestra at 10. It’s a lot to deal with.

You then studied arts and law at university.

By uni, I’d had enough of classical music. Once I understand a traditional structure, I want to dismantle it. And who wants to sit down to five hours of bloody opera now? I do sometimes, but I understand the world doesn’t. Classical music is rooted in a centuries-long, Eurocentric, fairly patriarchal structure. I thought, “This is not what I am supposed to be doing with my life.”

You practised law in Australia and Japan but have really made your career out of music.

I never left music or art, that’s a common misconception. But juggling the two as a fulltime lawyer was challenging to say the least.

You hung out in a Moscow squat last year.

I have never “lived” in a squat, just always been connected to them. Squats are a meeting place, a counter-culture. I love to hang out and perform with noise artists and street artists, real creatives. Being part of that scene critically informs the direction of my contemporary practice. I’ve played in palaces, in the Hermitage Museum in Russia, in Italy and in a squat. They are separate worlds.

You do many VIP events and commercial work: you’ve written music to help sell vacuum cleaners as well as $4500 bottles of Dom Pérignon. Does that affect your artistic vision?

Not at all: it just means I don’t have to live in a squat. My artist friends always complain there’s no funding. That’s true. So what are you going to do: give it all away and pull coffees for the rest of your life? You’ve got to be resilient. It doesn’t matter how much I get paid, I approach my work with the same intent, passion and conviction.

My generation, and the millennials, haven’t had the struggles my grandmother and grandfather had [Skepper’s Japanese grandmother survived the 1945 Hiroshima nuclear bomb and came to Australia as a war bride], so we lack that basic gratitude for life.

I’ve never expected handouts. That comes back to the child prodigy thing: the discipline learnt from practising all of those instruments when young. I want to reach a wider audience; I’ve done so many closed-door things. It’s lovely that the intelligentsia, the rich people, love what I do, but people on the street would also love it if they were exposed to it.

You are working with a team at the Moscow Conservatory, using a new scale of music based on DNA structure. How does that work?

The project is based on an analysis of DNA translated into a new set of musical scales. It sounds like microtonal music: quarter-tones, half-tones. It’s other-worldly.

You returned to live in Australia this year. Why?

Australians feel this need to leave the country to be recognised. At the peak of my career I want to share what I’ve developed through my experience overseas. I want to find a tribe of people and make things here. I want to create a platform for innovation, where creative thinkers can come together and incubate.

On a completely shallow point: you love hats, but also have great hair.

Yes, I do love hats! I love fashion, generally. My sister [Rachel Skepper] is a hat designer and my parents are hairdressers and models, so it runs in the family. 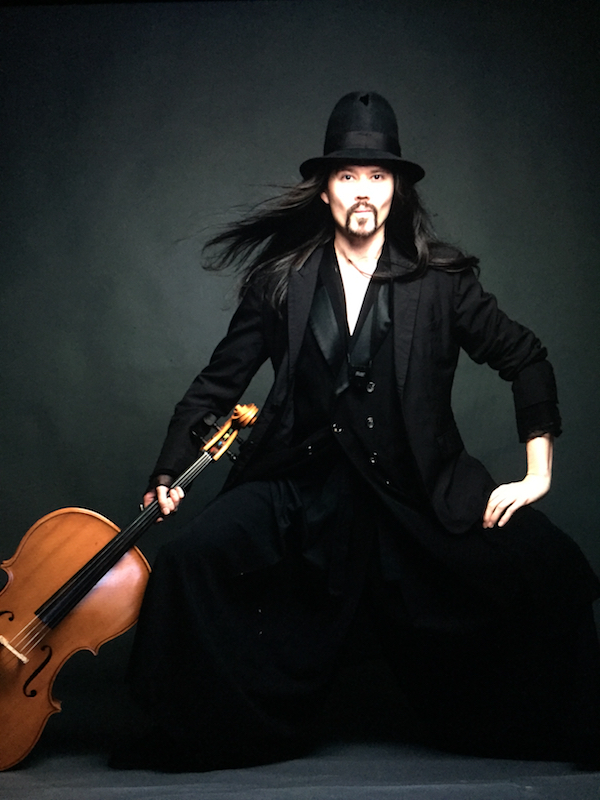