Humans are deeply fascinated by the cosmos, contemplating the birth of mother earth, surmising about the afterlife, devising methods to harness divine power and imagining what exists in “outer-space”. The human voice is the primordial tool to connect with the divine. Ascetics, shamans, priests and witches invoke spiritual chants and prayers to positively access and harness cosmological energy. Artists also believe they are conduits channeling this energy to manifest creation on the earthly plane. These represent terrestrial interpretations of consciousness and the soul, spiritual, religious or personal, as humans confront mortality, ponder the metaphysical and the interconnectedness of all things.

Based on the notion that the essence of the universe is composed of sound as vibration, I present our interstellar friends with “Incantare Mundana”: a mix-up of human voice, nature sounds, music and noise, in contradistinction to formal western music for which I have received theoretical training. The title of the work pays homage to discourse concerning the music of the spheres (musica mundana), conceiving of a cosmos ordered according to Pythagorean and Neoplatonic ideas.

Turning our consideration to the effect of music (and sound) on the soul and as a reflection of cosmic harmony, Pythagoras’ sublime speculations about sidereal harmonics and world harmony envisage the planetary bodies traversing the sky in a colossal cosmic chant. The music of the spheres imagines a universe where the revolution of each planet produces a distinctive tone, and this tonal harmony of the spheres creates a well-defined musical scale. Cosmic and musical structures are considered to express the same mathematical ratios proportioned by unequal but specific intervals. Predating the birth of Christ, this philosophy permeated thought throughout the Middle Ages, and research continues into different musical tunings and temperaments.

“Incantare” is the Latin word “to enchant”, and the derivation for the English word incantation. It references the human voice, subject matter of the field recordings, central to the composition of this sound piece.

Incantare Mundana is a poetic collection of chants, prayers and incantations personally recorded as I traversed the earth in search of the sacred. Japanese Buddhist Monks in Kyoto and Shinto Shrine Bells (bells awaken the spirits), Hindi sermons in Roman Churches, Russian prayers at Kazanski Cathedral in St Petersburg, Italian hymns intoned at The Vatican, the sweet voices of French Nuns in Paris, throat singing from the harmonic Gyuto Monks of Tibet and sacred musical sounds of the dancing Whirling Dervishes in Istanbul, Turkey.

In a time where fear dominates and humans confront planetary survival in this great cosmic disco, may this sonic offering impart a message of peace from mother earth and propel us towards a positive future paradigm!

About the Forever Now Project

Forever Now is a curatorial project that responds to our cultural obsession with immortalising ourselves. In the footsteps of the Golden Record sent into space in 1977 on the Voyager space probe, curators Willoh S. Weiland, Brian Ritchie, Jeff Khan and Thea Baumann, will work the international community to research, curate and create a contemporary golden record containing 44 audio and audio-visual works.

These works will be taken by esteemed colleague, contemporary jeweller Susan Cohn, and encoded onto a Golden LP with its accompanying Digital Card. One of these records will stay on Earth in a public collection. One will be gifted to NASA, to take to the International Space Station. The third we want to be taken on the next inter-stellar mission, which since the time of Voyager have been few and far between. As we curate the record we will be working with eminent consultants in the science community to make this happen.
The 44 selected works will be launched into space as part of a spectacular concert in January 2015. Working with the Deep Space Communications Team, a private company who transmit inter-stellar messages, at this launch we will digitally broadcast the record’s content and the location of the three physical objects into space.

This project was originally commissioned by Aphids Events Inc. as part of the Forever Now Project 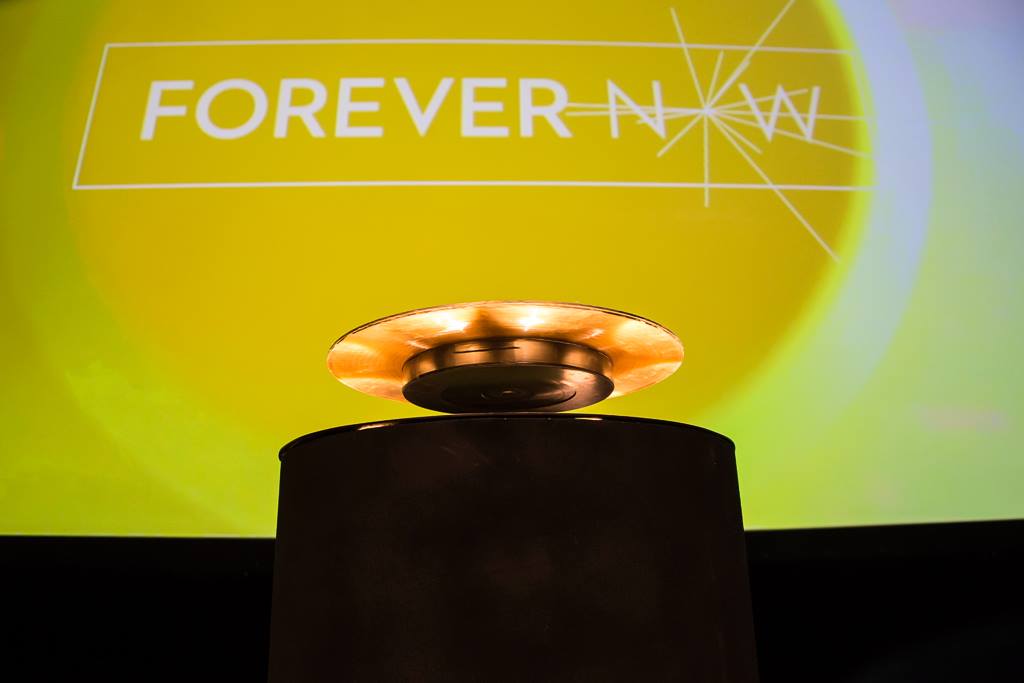 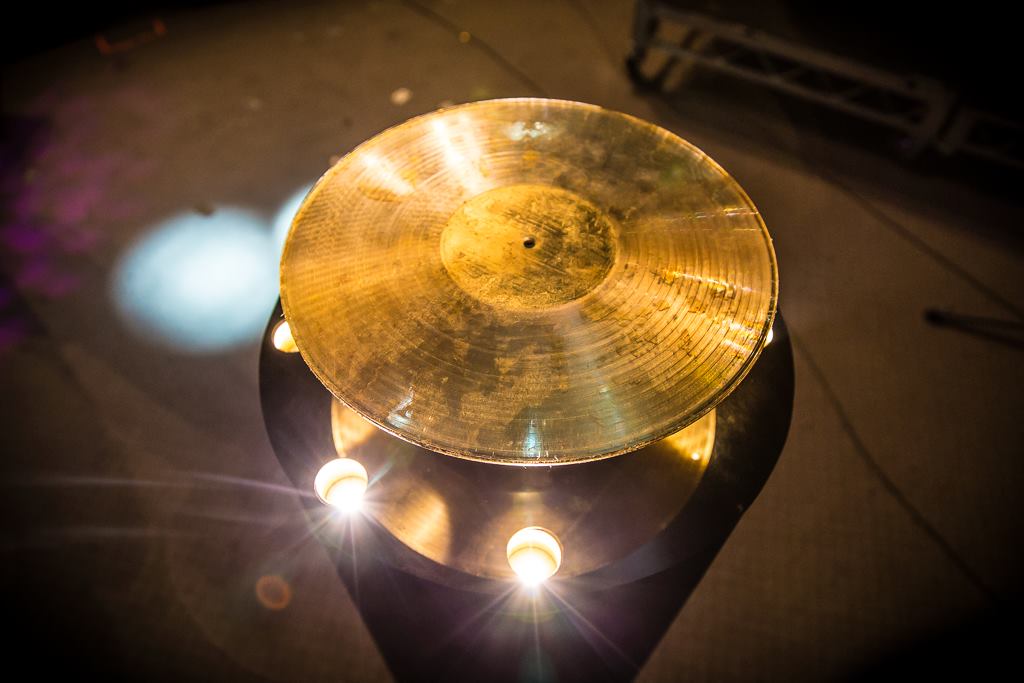 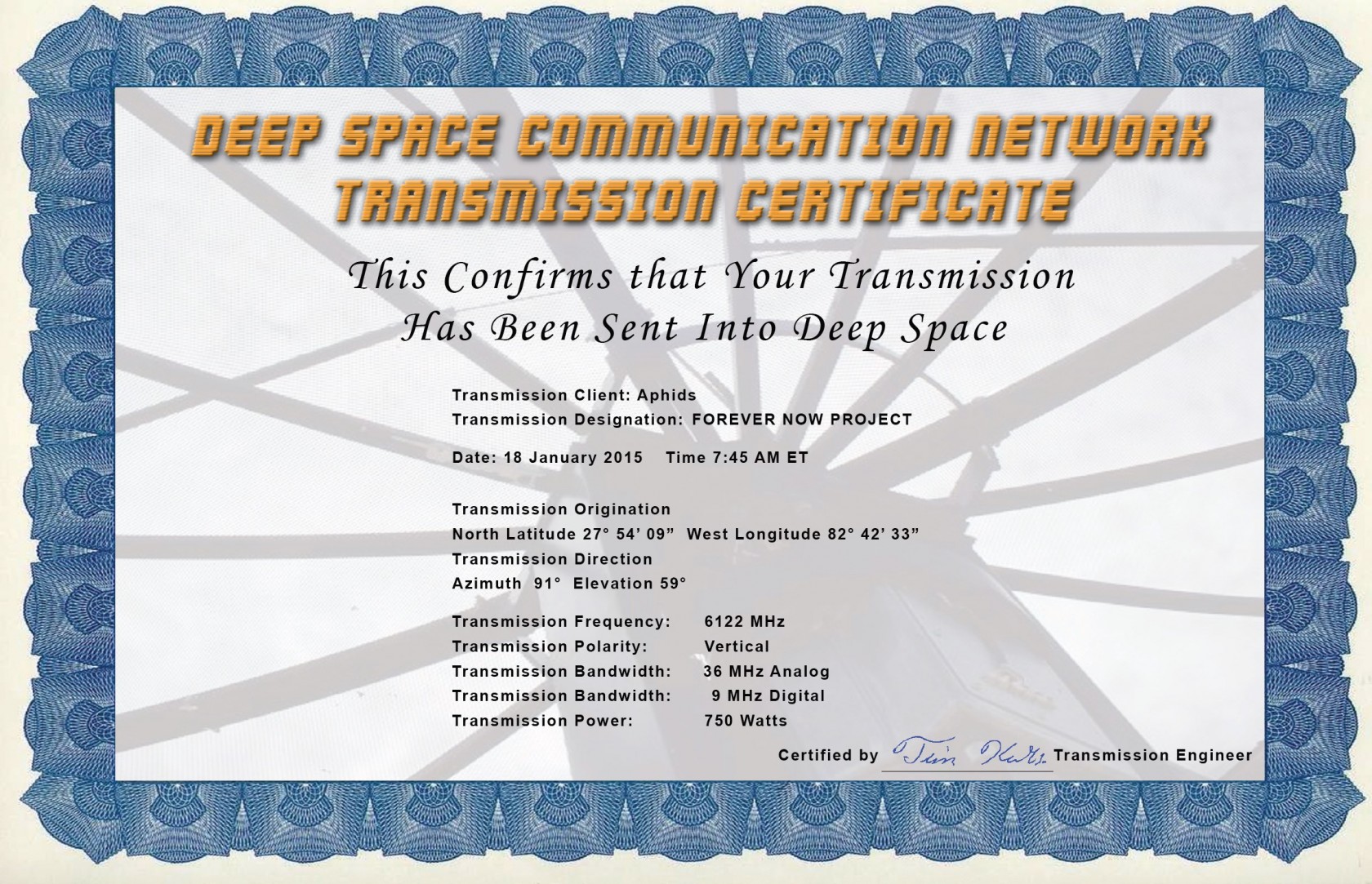